To Fred With Love
The Worlds Finest Brass Players Pay Tribute to Fred Mills. Double CD. 100% of the money will go to the Fred Mills trumpet scholarship at UGA/Hugh Hodgson School of Music.

Soloists from the Orchestra Volume III

The Trumpet Shall Resound 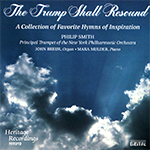 The initial release of Resounding Praise, featuring Phil with John Breur (organ), and Mara Mulder (piano), in a program of favorite hymns of inspiration. 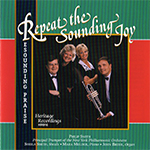 The second CD release of Resounding Praise. After the initial "The Trump Shall Resound", Phil's wife Sheila joins to bring a festive Christmas program of music for soprano, trumpet, piano and organ. 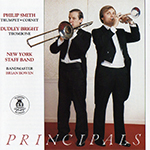 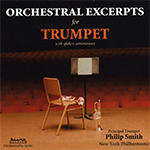 The most requested trumpet excerpts at an audition are played and commented on by Phil. This is a masterclass on CD! A must have for the serious orchestral student. 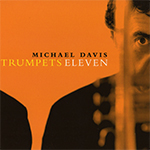 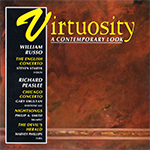 Returning for their second GM co-release, Dick Peaslee and Bill Russo celebrate the evolving role of the soloist in contemporary, jazz-inflected concerto and chamber settings.
Russo's The English Concerto was commissioned in the early 1960s by Yehudi Menuhin and is performed here by the great Stevyn Staryk and the London Jazz Orchestra, the group which gave its 1963 premiere.

Peaslee's Chicago Concerto was commissioned in the late '60s for Gerry Mulligan and the Chicago Jazz Ensemble. Here it is given glorious voice by the extraordinary Gary Smulyan and the Manhattan School of Music Ensemble.

Peaslee conceived both the Nightsongs and The Devil's Herald with smaller forces in mind — the former for trumpet soloist with strings and harp, the latter for tuba soloist with horn quartet and percussion. These works are brilliantly rendered by the musicians for which they were crafted: Philip A Smith, principal trumpet of the New York Philharmonic, and the venerable tuba virtuoso Harvey Phillips. 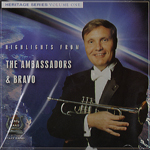 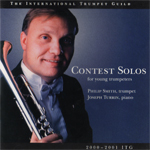 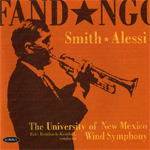 Fandango, the title track of this CD was performed by Philip and Joseph on the national PBS broadcast of NYP Maestro Masur's 75th Birthday concert. On this CD you will also hear Phil perform Turrin's 2nd trumpet concerto, "Chronicles" and Steve Gryc's "Evensong". NYP Principal Trombone, Joseph Alessi is also heard in solos with the University of New Mexico Wind Symphony. "Solo recordings by...trumpeter Philip Smith...and trombonist Joseph Alessi...are among the best ever made for their instruments, and this fits right in. Both players have exemplary tone qualities (full, round, and warm), power to spare, great technique, facility in all registers, and interpretive insight. They are well matched, and it's good to hear them play together in...Turrin's colorful and entertaining 'Fandango'..." -Kilpatrick, ARG 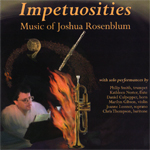 JOSHUA ROSENBLUM is a composer, conductor, pianist and music critic with a wide background in classical, contemporary and theater music. He is the composer and co-lyricist of the Off-Broadway musical Fermat's Last Tango, as well as the forthcoming Einstein¹s Dreams. For the concert hall, he has written pieces for trumpeter Philip Smith of the New York Philharmonic, flutist Kathleen Nester of the New Jersey Symphony, the International French Horn Society, and Ethel, the ground-breaking string quartet. Several of his vocal and instrumental works can be heard on the new CD, Impetuosities of Joshua Rosenblum, recently released by Albany Records. He has won awards from ASCAP and the Meet the Composer Foundation, plus a special grant from the National Science Foundation. 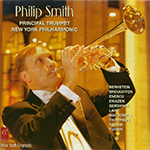 He Restores My Soul 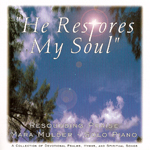 Mara Mulder, pianist with Phil's gospel group, Resounding Praise, performs meditative offerings of hymns and contemporary worship songs. If you are looking for a nice quiet evening of piano music, this beautiful CD is the one for you to "be still" to!

What Can I Give Him 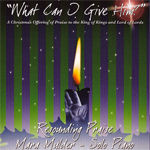 Christmas arrangements for piano solo performed by Mara Mulder. Mara is the pianist with Phil's gospel group, Resounding Praise. This is a beautiful CD to help you reflect on the true meaning of Christmas. This and Mara's "He Restores My Soul" are two of Phil's favorites for a nice quiet evening of musical blessing.

The much anticipated follow-up to Brass Nation is here! New Brass features Michael's critically acclaimed group with bass trombone great Bill Reichenbach in a dynamic, new setting. In addition to an all-star rhythm section of Phil Markowitz, John Patitucci and Jeff Ballard, Michael and Bill are joined by a hand-picked ensemble of brass virtuosi. Included in the line-up are Phil Smith and Ray Mase on trumpets, Phil Myers on french horn, Gene Pokorny on tuba and Joe Alessi, Nitzan Haroz, Ko-ichiro Yamamoto and Blair Bollinger on trombones. If you liked Brass Nation and Bonetown, this one's a must for your collection! 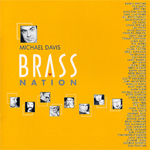 A compilation of hymn arrangements for trumpet, piano and organ. The music for these arrangements is published in the Curnow Music editions of Great Hymns and More Great Hymns. 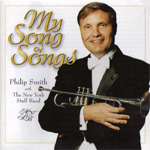 We Live to Worship You 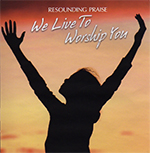 Album 1 only CD Autographed (Album 2 and 3 are only available at NYPhil.org, (click on "watch and listen" then click on CDs) and iTunes.

To Fred With Love

The Worlds Finest Brass Players Pay Tribute to Fred Mills. Double CD. 100% of the money will go to the Fred Mills trumpet scholarship at UGA/Hugh Hodgson School of Music.